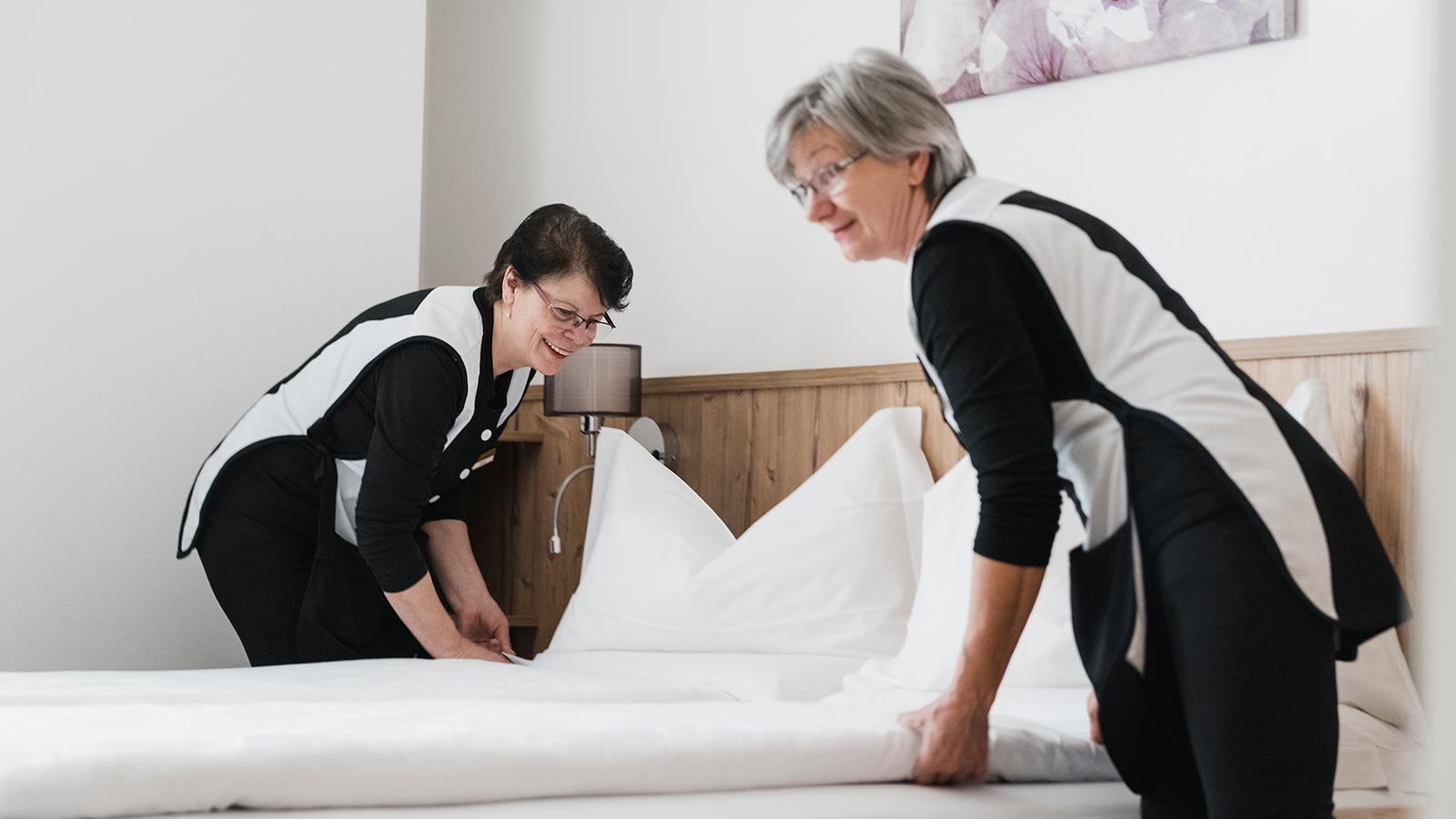 Dear Guests, we would like to present our essence

The Laguscei Dolomites Mountain Hotel began with a love story. It was the love story between Gabriella and Martino. Gabriella is the oldest daughter of Giorgio, a builder who emigrated to Switzerland, who is a rock and ice instructor with the Guardia di Finanza (Italian Finance Police) with strong entrepreneurial foresight, and Albina, an esteemed chef.

The Laguscei can be considered to be the offspring of the Hotel Monte Cherz. In fact, everything began when they followed their intuition and decided to purchase some property with a cabin near the Cherz ski lift. In previous years, this land was known for having a multitude of small lakes in the higher area, near the forest, which were frequented by migrating birds. This is the origin of the name Laguscei, from the Ladin “many small lakes”.

The golden age had begun: these were the years when the cabin had been transformed into a kiosk and people came from all over to enjoy Gabriella’s heaping sandwiches, Annalisa’s chips (she’s the youngest daughter of Giorgio and Albina), and Giorgio’s congeniality. These were the years of the famous ice bars with rivers of grappa cocktails, ABBA cranked up high, and lots of healthy fun.

Then came 1986. This was the year Gabriella and Martino got married and contributed to the beginning of the construction of the first Laguscei, a 2-Star hotel with 17 rooms and a self-service restaurant on the slopes. Needless to say, no one forgets the years spent with Martino. Even today, guests remember him as “Super Martino”. Some remember him at the bar, preparing coffee, some in the office for check-ins, some at the Self-Service restaurant, preparing steaming hot polenta dishes, and some shovelling snow with the tractor between accounts, always steadfast and with affectionate cordiality.

30 years later, the Laguscei has grown and today it has become a 3-star superior hotel with 46 rooms, a pool, and a wellness centre.

Over the years, everything changed a bit, but one thing remained: the essence that you breathe in as you walk through the door - the magic savoir faire of the “Bel Paese”, welcoming smiles, and affectionate memories.

For this reason, we pay a great deal of attention to the selection and development of our employees. Our staff is our most precious resource, whom we carefully safeguard and whom we would like you to meet…

Our Chef ROBERTO GASTALDELLO with his team: LUCIAN, LEONARDO and BURIM

Our Maitre NENAD and his team: LJILJANA & DANIELE